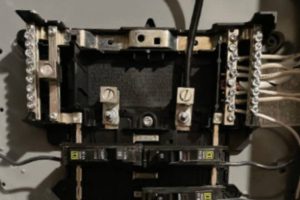 Rex Hungerford, Edward DeVito, Craig Bradley rode into town last week and, together with Audioquest’s Garth Powell, solved all the electrical problems that have plagued my audio system for years

Garth Powell, a name familiar to many Stereophile readers, is AudioQuest’s electricity guru and designer of the Niagara series of power conditioners; he is also responsible for the company’s line of AC and signal cables. Bradley is a local electrician and audio enthusiast who has done electrical work for me in the past, including replacing dedicated lines—one for the low-power signal components and another for the amplifiers—with a single line, hoping that might solve years of annoying ground hum and other noise issues. You’d think the ground potential would be almost nothing between two sets of adjacent AC jacks on the same circuit, but the ground potential between the jacks remained unusually high, and the hum wasn’t gone.